When it comes to construction endeavours of complete novelty, Gamuda does not shy away. On 19 May 2021, project members of the MRT Putrajaya line celebrated the final touchdown of the last box jacking works in the construction of an underpass from MRT Hospital Kuala Lumpur station to the hospital’s new ICU and Operation Ward.

As the country’s largest hospital complex, visitors are often beleaguered by the congested roads and parking woes in that area. The MRT station would serve as an alternative relief for commuters trying to get to the hospital. However, the MRT stop and the hospital are separated by the busiest thoroughfare of Kuala Lumpur, which is the 8-lane Jalan Tun Razak. An overhead pedestrian bridge is out of question as the piers of DUKE highway already encumber the area. The only option – logistical constraints, design specifications and all things considered, was to go fully underground.

A conventional open trench excavation or New Austrian tunnelling method (NATM) is not feasible given the massive inconvenience that road diversions or utility relocations would bring. After months of feasibility studies and engagement with stakeholders, the ultimate solution was to apply the front box jacking method, a technique never before attempted in Malaysia in favour of cheaper methods. At 82 metres long, it would also be the longest underground pedestrian walkway built so far in Malaysia. It will take about 8 minutes to walk from MRT Hospital Kuala Lumpur station to the hospital.

Front box jacking works by first installing a supporting frame, a horizontal pipe roofing scheme, that will guide the in-situ cast box segments before being pushed via hydraulic jacks along the span of the alignment. Construction took two years, and the last segment was built within schedule, despite many unforeseen challenges. Site engineer, Melvin Ho Jian Qin told us, “Apart from having to navigate work around the pandemic, the overall experience was extremely positive. We discovered that the soil profile of the alignment – sandy, alluvium type Kenny Hill ground – was highly suited to the box jacking method.”

The subcontractors themselves, who had worked in numerous similar projects around the world, iterated that the advance rate of the pipe and box jacking exceeded their expectations. A total of 31 pipes were installed. A single pipe could be jacked end to end within four days, while the jacking of each segment took an average of ten days, half the time from initial estimations. 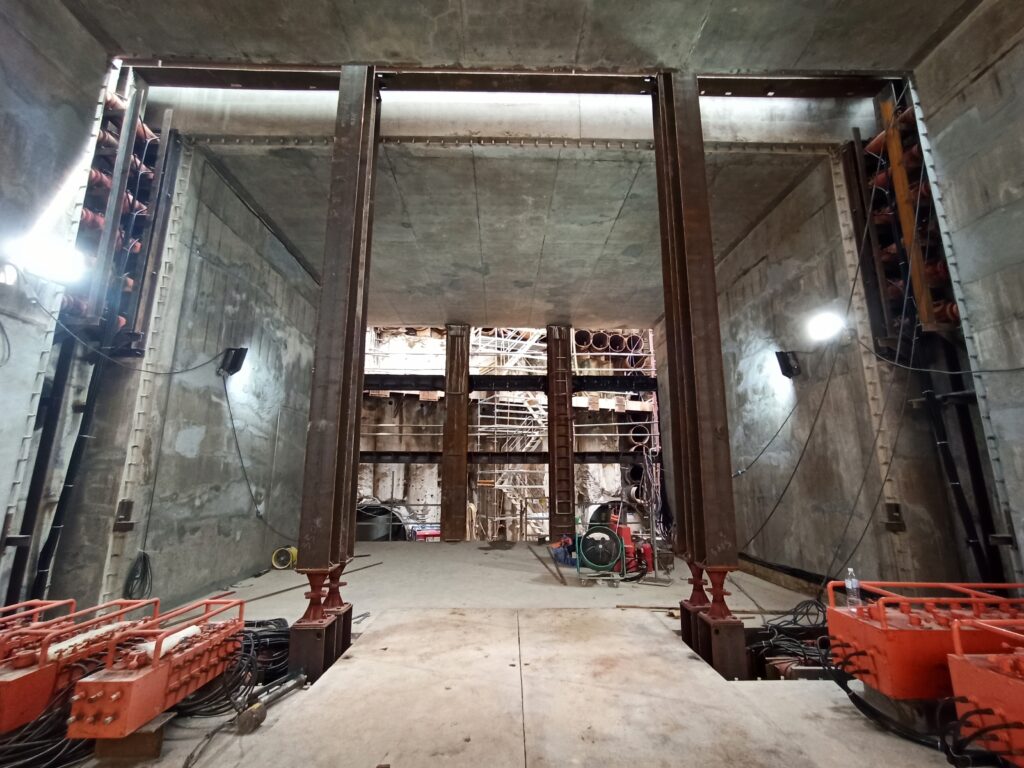 A total of five segments measuring 10.5 metres (width) by 8.15 metres (height) were constructed to complete the underpass. 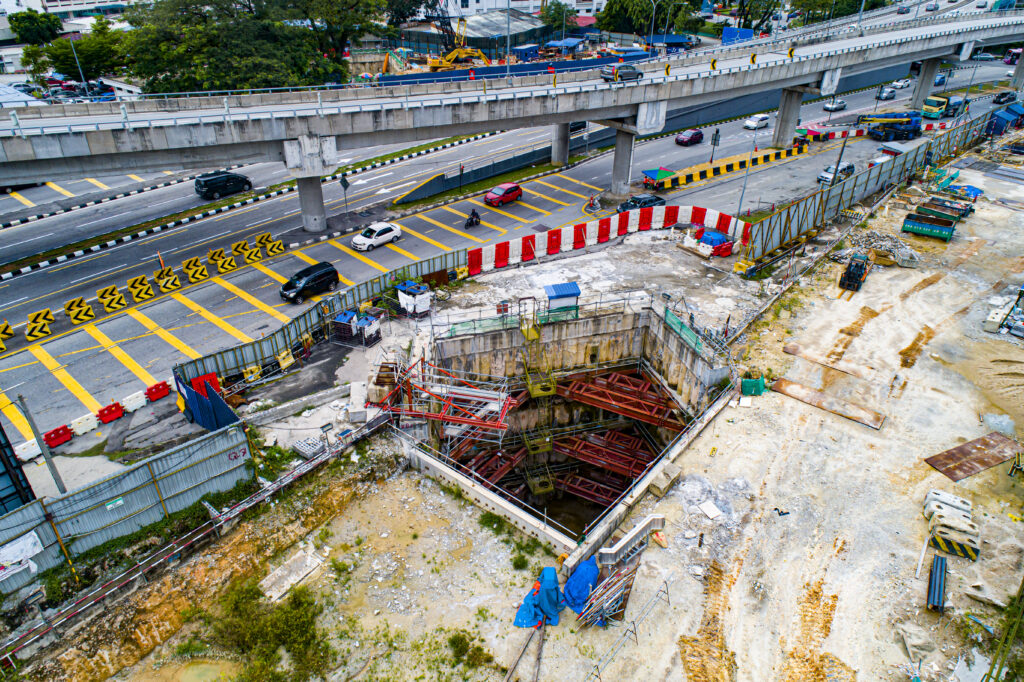 The biggest hurdle was overcoming the construction material supply disruption and implementation of the “new norm” SOPs when the first Movement Control Order happened. The construction team had to source for alternative supplies, escalating approval from authorities and vigorously auditing worker’s quarters for safety and compliance – even arranging for their relocation when necessary. Their fast and proactive actions enabled the construction work to catch up despite the initial delays, and the last of the segment was built just in the nick of time, a tremendous feat and one of national significance!

As Construction Manager, Chew Say Hong put it, “It has been rewarding to see the job done, from the very beginning when we were exploring hundred-and-one ways to do it, to finally seeing our vision and hard work pay off.” Project Director Dato’ Wong Wai Ching, also present on site to congratulate the team, added, “This success was not only possible with excellent planning and execution, but also thanks to their commitment in enforcing all Covid-19 related safeguards to keep everyone safe.” Kudos to all involved, and here’s to more record-breaking milestones in the times ahead.