Three-dimensional (3D) printing provides fast, reliable and replicable digital manufacturing with maximum utilisation of raw materials. This technology has been around for many years and there is still an ever-growing list of remarkable things that we can produce with 3D printing.

Andrew Goh started using 3D printing as a method of digital fabrication for his university project. Since then, he has customised a personal inventory of household products, toys, smartphone covers, broken parts and more. 3D printing has become very handy for Andrew, especially when he needs to create an equivalent replacement for a broken part.

“You will no longer be limited by the unthinkable as you can create any imaginable item, or replicate any product in real-size almost instantly, with the help of 3D printing,” said Andrew, as he shared his view in the application and potential of his favourite hobby with the Rise team.

The application of 3D printing extends to various areas. One of the unsung heroes of the Star Golden Hearts Award (SGHA) and the coveted Gamuda Inspiration Award (GIA) 2019 recipient, Sujana Mohd Rejab has also been printing 3D prosthetics limbs for children in need. 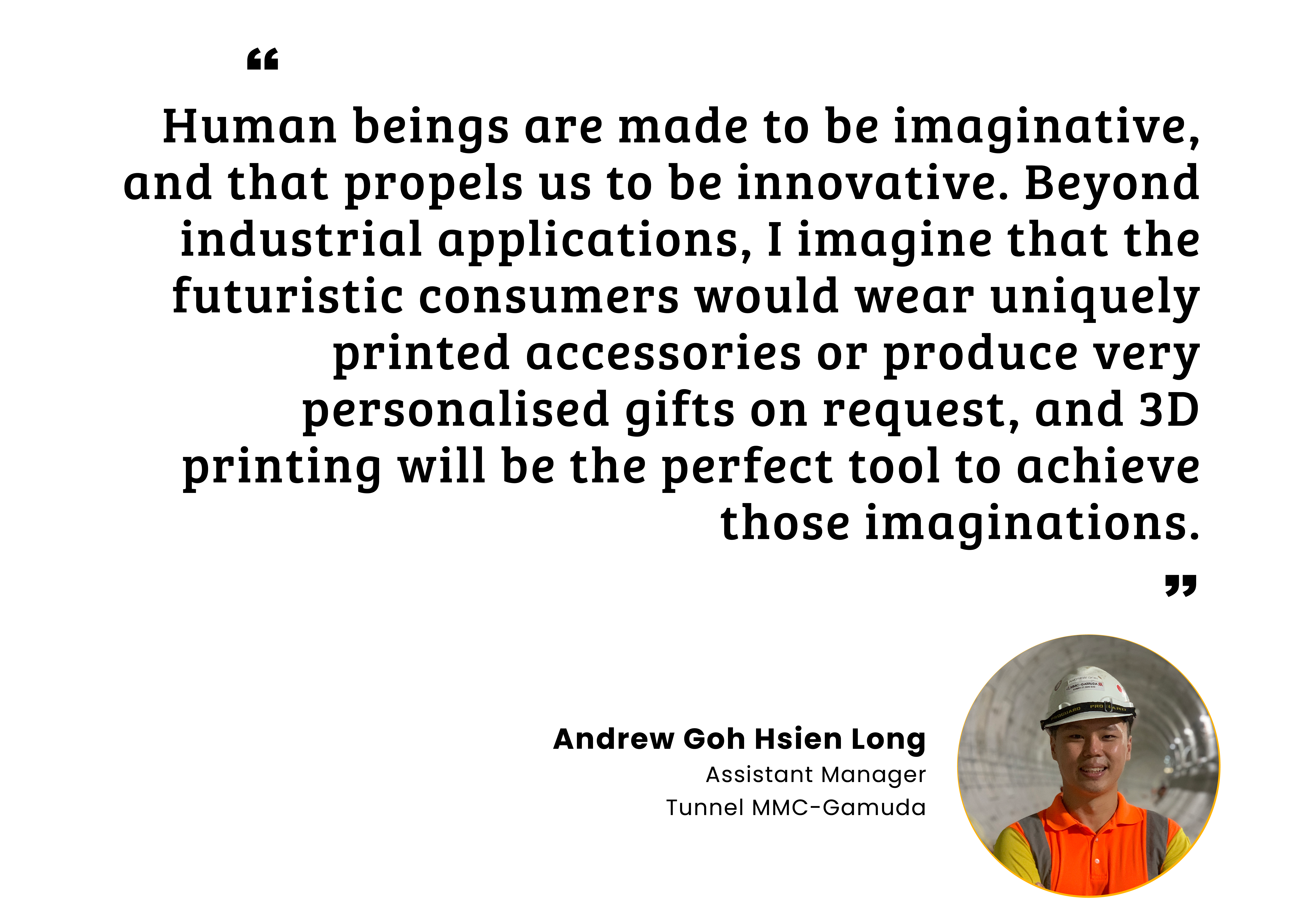 Prototyping with 3D printing began developing rapidly in the 1980s when automakers wanted to build an engine model quickly and precisely. Instead of assembling a real and expensive engine, they designed and printed a real-size model with 3D printing.

The precision of 3D printing has accelerated the speed of rapid prototyping, leading to faster production, fewer iterations and lower costs. One-off prototypes can now be designed and produced in a matter of hours, often with a turnaround as short as a day.

The types of 3D printers and materials are also getting better, faster and more compact. The key to this modern age of digital printing is essentially its design flexibility, high-speed and less wastage – people want what they want, and they want it yesterday.

Today, the technology of 3D printing is promising and fast progressing. It will also revolutionise the way we approach traditional manufacturing for major industries such as the automotive, engineering, architecture and medical sectors, leading to higher productivity and independent production capabilities.

Gamuda’s Digital Industrialised Building System (IBS) is a typical scale-up form of digital printing, which Andrew envisioned to be a more customisable and sustainable construction method that would make up the future of home building.

Click on the image below to find out the list of things that Andrew has produced with 3D printing.

PrevPreviousRM250,000 of annual innovation fund now open to all!
NextView from the Melbourne office : Setting our sights fartherNext
BACK TO FIRST PAGE