Some take their time while others prefer to take a backseat, but Cheong Kae Khei, or more fondly known as KK, has set quite the record by actively pursuing public speaking championships through the globally acclaimed Toastmasters International programme.

KK joined Gamuda Geo in November 2018 as a site engineer and not long after began her foray in Toastmasters. Just recently she took second place at the Division level of Toastmasters International annual speech contest. It is no small feat, as the division consists of 23 Toastmaster clubs spread throughout Selangor and the East Coasts.

To begin, contestants must first compete at Club level, before advancing through the Area, Division and District levels. It is a nationwide excitement among Toastmasters as people of all ages and backgrounds come together to put their public speaking skills to the test.

KK may have fallen short of competing at the District level this year, but she has gained plenty from the experience. In our virtual catch up, she offers colourful insights on her rapid growth through Toastmasters, the power of effective communication at workplace and even how to beat stage fright! 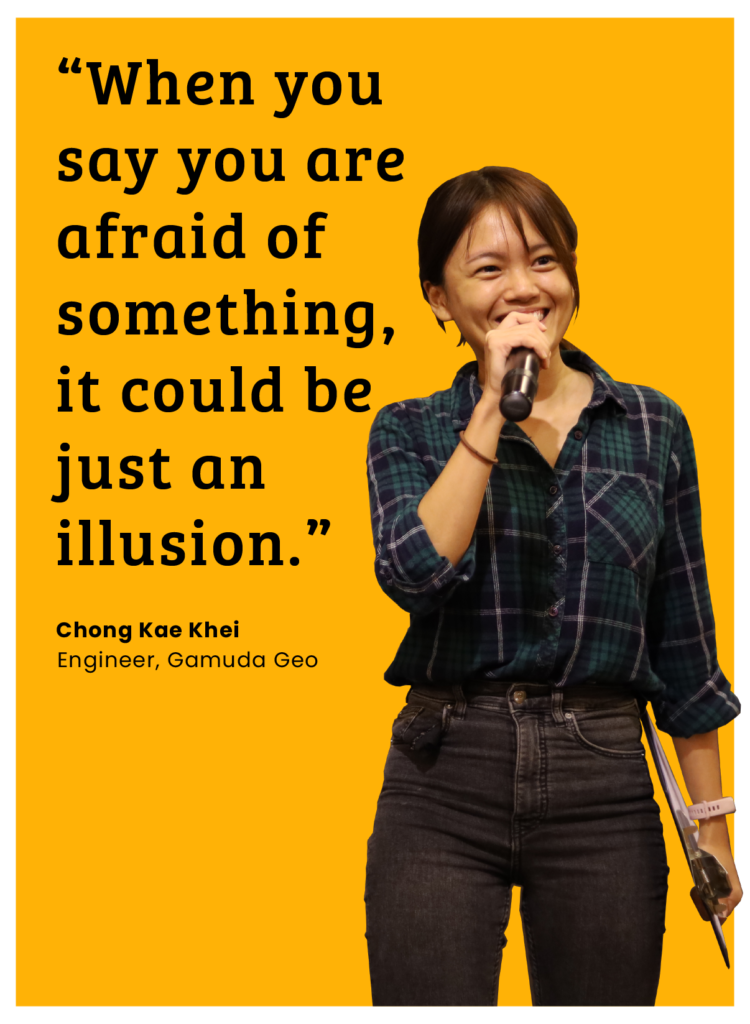